The grave of George Firestone. We will remember him forever. Personal death notice and the information about the deceased. [86207261-en]
to show all important data, death records and obituaries absolutely for free!
13 May
Wednesday
80 years
29514 days
2 March
Friday
Images 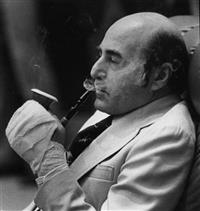 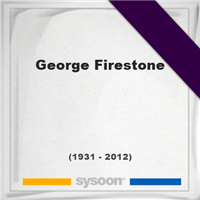 Biography and Life of George Firestone

He was an American politician. Firestone was elected to the Florida Senate in 1972, where he would serve until 1978. In 1978, he ran for the office of Secretary of State (then an elected office) and won handily. He served two terms under Florida Gov. Bob Graham before leaving office in 1987.

A memorial service for George Firestone. Information about event on Sysoon. [86207261-en]

Address and location of George Firestone which have been published. Click on the address to view a map.

QR Codes for the headstone of George Firestone

Sysoon is offering to add a QR code to the headstone of the deceased person. [86207261-en]

QR code for the grave of George Firestone