The grave of Herman George Van Loenhout. We will remember him forever. Personal death notice and the information about the deceased. [86217673-en]
to show all important data, death records and obituaries absolutely for free!
10 April
Wednesday
69 years
25425 days
19 November
Thursday
Images 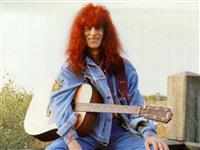 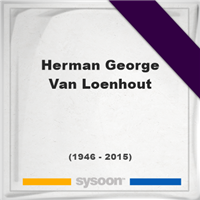 better known as Armand, was a Dutch protest singer. His greatest hit song was "Ben ik te min" ("Am I not good enough?"). Armand came to the fore during the hippie generation and was well-known as an advocate of cannabis. Armand was a member of a few bands before releasing a solo single, "En nou ik", in 1965. The single was a flop, and he had a bit more success with his next single, "Een van hen ben ik". Three months after that single's release, Radio Veronica played the single's B-side, "Ben ik te min", which was an instant success.[citation needed] The song spent 14 weeks in the Dutch top 40 chart in 1967. A song in which the speaker lashes out against the bourgeois father of his girlfriend, it is hailed as the best-known protest song in Dutch popular music. Another single, "Blommenkinders", also charted that year.[citation needed]

Armand revived his music career in 2011, performing in rapper Ali B's TV show Ali B op volle toeren. An adaptation of "Ben ik te min" was released with rapper Nina having updated the lyrics: in this version (with Ali B and Brownie Dutch), the song talks of the disrespect for women Nina finds in hip hop culture. In 2012, Armand began a collaboration with singer-songwriter Lucky Fonz III and Dave von Raven (singer for The Kik), both fans of his, and in June 2015 Armand & The Kik released an album with adaptations of lesser-known Armand songs, followed by a Dutch tour.[1

Address and location of Herman George Van Loenhout which have been published. Click on the address to view a map.

QR Codes for the headstone of Herman George Van Loenhout

Sysoon is offering to add a QR code to the headstone of the deceased person. [86217673-en]

QR code for the grave of Herman George Van Loenhout