The grave of Kjell Johansson. We will remember him forever. Personal death notice and the information about the deceased. [86206416-en]
to show all important data, death records and obituaries absolutely for free!
0 Unknown
Saturday
65 years
24 October
Monday
Images 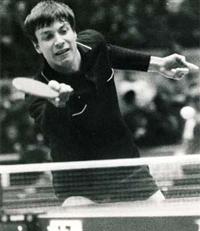 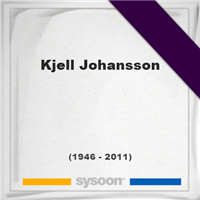 Biography and Life of Kjell Johansson

He was a former world and European table tennis champion. Johansson won doubles titles at the world championships in 1967, 1969 and 1973. He also won the team title with Sweden in 1973 and lost a close singles final in five sets to China’s Xi Enting.

Johansson, whose powerful forehand earned him the nickname “The Hammer,” collected 10 European championship gold medals, including both the singles and doubles titles in 1966.

A memorial service for Kjell Johansson. Information about event on Sysoon. [86206416-en]

Address and location of Kjell Johansson which have been published. Click on the address to view a map.

Kjell Johansson was born in Sweden.

QR Codes for the headstone of Kjell Johansson

Sysoon is offering to add a QR code to the headstone of the deceased person. [86206416-en]

QR code for the grave of Kjell Johansson