The grave of Sherab Palden Beru. We will remember him forever. Personal death notice and the information about the deceased. [86208452-en]
to show all important data, death records and obituaries absolutely for free!
0 Unknown
Thursday
101 years
0 days
29 November
Thursday
Images 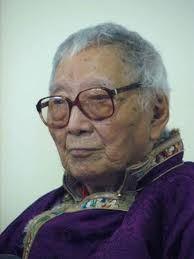 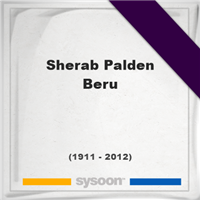 He was a Tibetan artist - known as a artist of thangkas, which depict different aspects of the Buddhist pantheon. Palden Beru had the mainly role in building the first Tibetan monastery in the western world. He Samye Ling in Scotland.

A memorial service for Sherab Palden Beru. Information about event on Sysoon. [86208452-en]

Address and location of Sherab Palden Beru which have been published. Click on the address to view a map.

QR Codes for the headstone of Sherab Palden Beru

Sysoon is offering to add a QR code to the headstone of the deceased person. [86208452-en]

QR code for the grave of Sherab Palden Beru