The grave of William B. Hopkins. We will remember him forever. Personal death notice and the information about the deceased. [86208642-en]
to show all important data, death records and obituaries absolutely for free!
15 April
Saturday
90 years
33113 days
11 December
Tuesday
Images 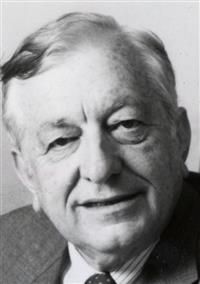 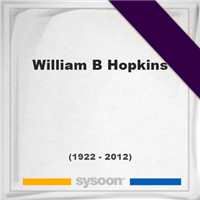 Biography and Life of William B. Hopkins

Hopkins was an American Democrat, lawyer, businessman and politician. He was a chairman of the Roanoke City Democratic Committee and later served as a Senate majority leader and as a State Senator in the Virginia Senate who represented Roanoke. He married Virginia George Hopkinsand they had together one son and three daughters. Died on December 11, 2012.

Funeral of William B. Hopkins

A memorial service for William B. Hopkins. Information about event on Sysoon. [86208642-en]

Public records of William B. Hopkins

Address and location of William B. Hopkins which have been published. Click on the address to view a map.

William B. Hopkins was born in Richmond, United States.

QR Codes for the headstone of William B. Hopkins

Sysoon is offering to add a QR code to the headstone of the deceased person. [86208642-en]

QR code for the grave of William B. Hopkins