The grave of William T. Zane. We will remember him forever. Personal death notice and the information about the deceased. [86209597-en]
to show all important data, death records and obituaries absolutely for free!
8 Unknown
Friday
36 years
0 days
2 Unknown
Wednesday
Images 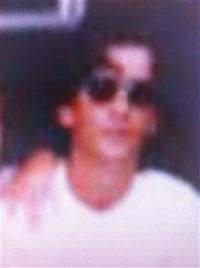 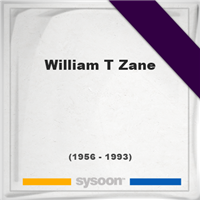 WM.T.ZANE,"BILLY",WAS BORN AND RAISED IN ROSELAND CHICAGO FOR THE BEST PART OF HIS EARLY LIFE.FATHER OF ANGELIQUE,AND ZACHARY.SON OF TED AND ROSE ZANE,(DECEASED 2003)BIG BROTHER TO APRIL,AND SHARONROSE.UNCLE TO CHRIS,NICK,SCOTTY, RAY,KEVIN,PAT,JERRY,ROSIE.AVID READER,GUITAR PLAYER,AND LOVE HIS MOTORCYCLES.BILLY WAS OWNER OF ZANE WOOD WORKS ON CHICAGO'S WEST SIDE.AFTER A CAREER OF GOING DOWN THE WRONG ROAD,HE WAS STARTING TO TURN HIS LIFE AROUND WHEN IT WAS CUT SHORT.HE LEFT BEHIND A HOST OF FRIENDS AND BUSINESS ACQUAINTANCES, AND BROKE A LOT OF HEARTS,INCLUDING HIS GIRLFRIEND,GI GI POULETTE. HIS SENSE OF HUMOR,BIG HEART,AND PROTECTIVE NATURE WILL SORELY BE MISSED.

A memorial service for William T. Zane. Information about event on Sysoon. [86209597-en]

Address and location of William T. Zane which have been published. Click on the address to view a map.

QR Codes for the headstone of William T. Zane

Sysoon is offering to add a QR code to the headstone of the deceased person. [86209597-en]

QR code for the grave of William T. Zane