The grave of Andrew Laszlo. We will remember him forever. Personal death notice and the information about the deceased. [86206158-en]
to show all important data, death records and obituaries absolutely for free!
12 January
Tuesday
85 years
31314 days
7 October
Friday
Images 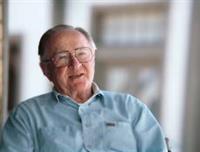 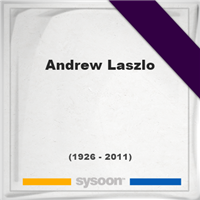 Biography and Life of Andrew Laszlo

Andrew Laszlo, was one of Hollywood’s top cinematographers. Mr. Laszlo received Emmy nominations in 1973 for the Man without a Country and 1980 for Shogun. His credits include Star Trek V, Poltergeist II, The Owl and the Pussycat, Class of 44, First Blood, Streets of Fire "The Warriors" and many other internationally recognized films. He has also worked on a number of television commercials including ads for top national advertisers such as Kodak, Sprint, Chevrolet, Budweiser and American Express .

A memorial service for Andrew Laszlo. Information about event on Sysoon. [86206158-en]

Address and location of Andrew Laszlo which have been published. Click on the address to view a map.

QR Codes for the headstone of Andrew Laszlo

Sysoon is offering to add a QR code to the headstone of the deceased person. [86206158-en]

QR code for the grave of Andrew Laszlo