The grave of Austin Peralta. We will remember him forever. Personal death notice and the information about the deceased. [86208327-en]
to show all important data, death records and obituaries absolutely for free!
25 October
Thursday
22 years
8063 days
21 November
Wednesday
Images 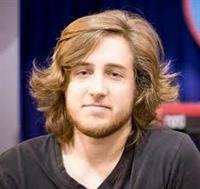 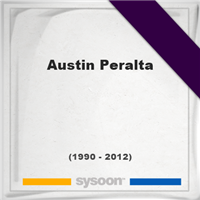 Biography and Life of Austin Peralta

He was an American musician - jazz piano prodigy and composer. His father Stacy Peralta was a professional skater. Austin has worked with many stars and recorded three albums: Maiden Voyage, Mantra and Endless Planets. He died at a young age, only 22 years.

A memorial service for Austin Peralta. Information about event on Sysoon. [86208327-en]

Address and location of Austin Peralta which have been published. Click on the address to view a map.

QR Codes for the headstone of Austin Peralta

Sysoon is offering to add a QR code to the headstone of the deceased person. [86208327-en]

QR code for the grave of Austin Peralta