The grave of Corneliu Vadim Tudor. We will remember him forever. Personal death notice and the information about the deceased. [86217190-en]
to show all important data, death records and obituaries absolutely for free!
28 November
Monday
65 years
24031 days
14 September
Monday
Images 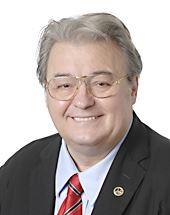 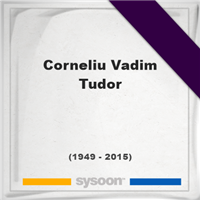 was the leader of the Greater Romania Party (Partidul România Mare), poet, writer, journalist and a Member of the European Parliament. He was a Romanian Senator from 1992 to 2008. He was born and died in Bucharest.

As a political figure, he was known for having held strong nationalist views, which were reflected in his rhetoric and his denunciation of political opponents (a tactic which the judgements in several civil lawsuits handed down against him deemed to be slanderous). He was most commonly referred to as "Vadim", many times understood as a family name (although it is clearly not shared with his relatively well-known brother, former Army officer Marcu Tudor).

He was a disciple of the writer Eugen Barbu.

A memorial service for Corneliu Vadim Tudor. Information about event on Sysoon. [86217190-en]

Address and location of Corneliu Vadim Tudor which have been published. Click on the address to view a map.

QR Codes for the headstone of Corneliu Vadim Tudor

Sysoon is offering to add a QR code to the headstone of the deceased person. [86217190-en]

QR code for the grave of Corneliu Vadim Tudor 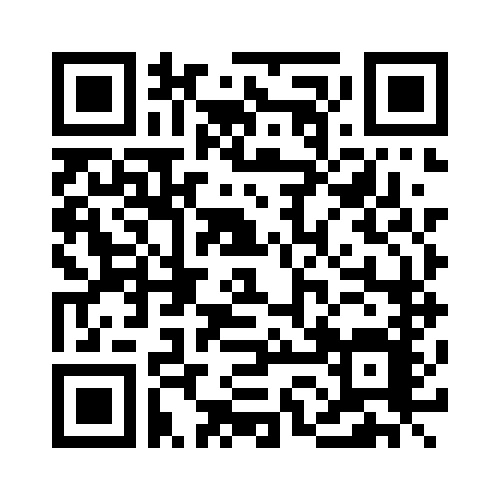