The grave of Darryl Dawkins. We will remember him forever. Personal death notice and the information about the deceased. [86217063-en]
to show all important data, death records and obituaries absolutely for free!
11 January
Friday
58 years
21412 days
27 August
Thursday
Images 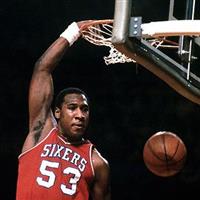 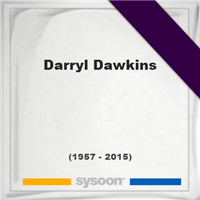 Biography and Life of Darryl Dawkins

was an American professional basketball player, most noted for his days with the NBA's Philadelphia 76ers and New Jersey Nets, although he also played briefly for the Detroit Pistons and Utah Jazz late in his career. His nickname, "Chocolate Thunder", was bestowed upon him by Stevie Wonder. He was known for his powerful dunks, which led to the NBA adopting breakaway rims due to his shattering the backboard on two occasions in 1979.

A memorial service for Darryl Dawkins. Information about event on Sysoon. [86217063-en]

Address and location of Darryl Dawkins which have been published. Click on the address to view a map.

QR Codes for the headstone of Darryl Dawkins

Sysoon is offering to add a QR code to the headstone of the deceased person. [86217063-en]

QR code for the grave of Darryl Dawkins