The grave of Don Medford. We will remember him forever. Personal death notice and the information about the deceased. [86208659-en]
to show all important data, death records and obituaries absolutely for free!
26 November
Monday
95 years
34715 days
12 December
Wednesday
Images 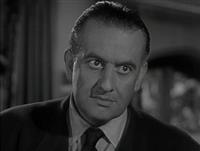 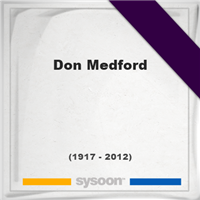 Biography and Life of Don Medford

His real name was Donald Muller but was better known as a Don Medford. He was an American top TV director. He worked on numerous TV shows and multiple episodes including of The Detectives, The Rifleman, The Untouchables, Dr. Kildare, Alfred Hitchock Presents, The Twilight Zone, The FBI, Baretta, The Fall Guy, Dynasty, The Colbys, and many others. He died at the West Hills Hospital and Medical Center in California, on December 12, 2012.

Note: Do you have a family photo of Don Medford? Consider uploading your photo of Don Medford so that your pictures are included in Don Medford's genealogy, family trees & family history records. Sysoon enables anyone to create a free online tribute for a much loved relative or friend who has passed away.

A memorial service for Don Medford. Information about event on Sysoon. [86208659-en]

Address and location of Don Medford which have been published. Click on the address to view a map.

QR Codes for the headstone of Don Medford

Sysoon is offering to add a QR code to the headstone of the deceased person. [86208659-en]

QR code for the grave of Don Medford 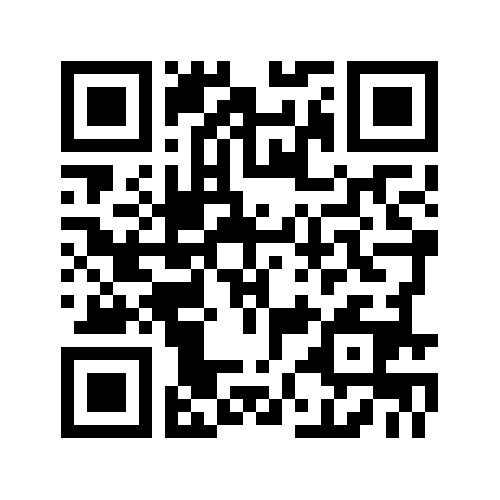