The grave of Dragan Holcer. We will remember him forever. Personal death notice and the information about the deceased. [86217260-en]
to show all important data, death records and obituaries absolutely for free!
19 January
Friday
70 years
25814 days
23 September
Wednesday
Images 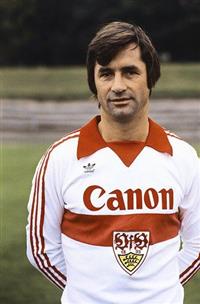 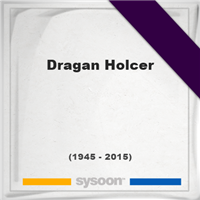 Biography and Life of Dragan Holcer

was a Yugoslav football defender.

Holcer was born in captivity in a Nazi prison camp to Slovenian father Franc Holcer and Italian-Austrian mother Ida Orelli who lived in Niš. His father fought in World War II as part of Yugoslav Partisans. His father was killed in battle while his pregnant mother was rounded up in Slovenia and imprisoned in Germany along with her three daughters. Shortly after the war ended his mother took the family to her hometown Niš in Serbia where Holcer grew up.

A memorial service for Dragan Holcer. Information about event on Sysoon. [86217260-en]

Address and location of Dragan Holcer which have been published. Click on the address to view a map.

Dragan Holcer was born in Germany.

QR Codes for the headstone of Dragan Holcer

Sysoon is offering to add a QR code to the headstone of the deceased person. [86217260-en]

QR code for the grave of Dragan Holcer