The grave of Homai Vyarawalla. We will remember him forever. Personal death notice and the information about the deceased. [86206855-en]
to show all important data, death records and obituaries absolutely for free!
9 December
Tuesday
98 years
35831 days
15 January
Sunday
Images 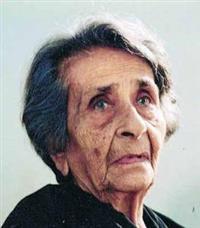 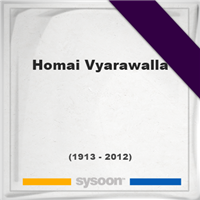 Place of birth:
Navsari / India (in)
Place of death:
India (in)

Biography and Life of Homai Vyarawalla

She was commonly known by her pseudonym "Dalda 13," was India's first woman photojournalist. In 2011, she was awarded Padma Vibhushan, the second highest civilian award of the Republic of India.

A memorial service for Homai Vyarawalla. Information about event on Sysoon. [86206855-en]

Address and location of Homai Vyarawalla which have been published. Click on the address to view a map.

QR Codes for the headstone of Homai Vyarawalla

Sysoon is offering to add a QR code to the headstone of the deceased person. [86206855-en]

QR code for the grave of Homai Vyarawalla 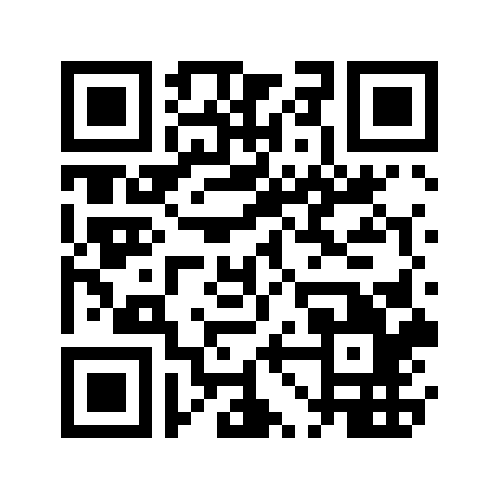