The grave of James Last. We will remember him forever. Personal death notice and the information about the deceased. [86216408-en]
to show all important data, death records and obituaries absolutely for free!
17 April
Wednesday
86 years
31464 days
9 June
Tuesday
Images 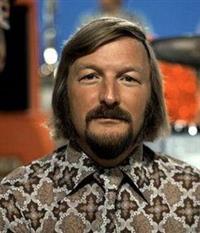 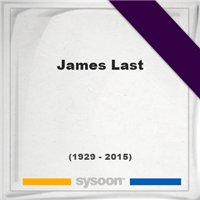 Biography and Life of James Last

was a German composer and big band leader. Initially a jazz bassist (Last won the award for "best bassist in Germany in each of the years 1950 - 1952), his trademark "happy music" made his numerous albums best-sellers in Germany and the United Kingdom, with 65 of his albums reaching the charts in the UK alone. His composition "Happy Heart" became an international success in interpretations by Andy Williams and Petula Clark.

Note: Do you have a family photo of James Last? Consider uploading your photo of James Last so that your pictures are included in James Last's genealogy, family trees & family history records. Sysoon enables anyone to create a free online tribute for a much loved relative or friend who has passed away.

A memorial service for James Last. Information about event on Sysoon. [86216408-en]

Address and location of James Last which have been published. Click on the address to view a map.

James Last was born in Germany.

QR Codes for the headstone of James Last

Sysoon is offering to add a QR code to the headstone of the deceased person. [86216408-en]

QR code for the grave of James Last