The grave of Johnny Winter. We will remember him forever. Personal death notice and the information about the deceased. [86213038-en]
to show all important data, death records and obituaries absolutely for free!
23 February
Wednesday
70 years
25711 days
16 July
Wednesday
Images 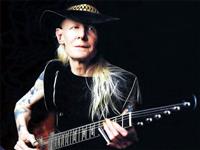 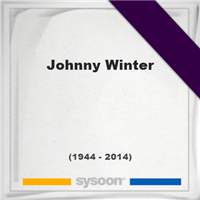 Biography and Life of Johnny Winter

Johnny Winter known as Johnny Winter, was an American blues guitarist, singer, and producer. Best known for his high-energy blues-rock albums and live performances in the late 1960s and '70s, Winter also produced three Grammy Award-winning albums for blues singer and guitarist Muddy Waters. After his time with Waters, Winter recorded several Grammy-nominated blues albums. In 1988, he was inducted into the Blues Foundation Hall of Fame and in 2003, he was ranked 63rd in Rolling Stone magazine's list of the "100 Greatest Guitarists of All Time"

A memorial service for Johnny Winter. Information about event on Sysoon. [86213038-en]

Address and location of Johnny Winter which have been published. Click on the address to view a map.

QR Codes for the headstone of Johnny Winter

Sysoon is offering to add a QR code to the headstone of the deceased person. [86213038-en]

QR code for the grave of Johnny Winter