The grave of Josef Masopust. We will remember him forever. Personal death notice and the information about the deceased. [86216571-en]
to show all important data, death records and obituaries absolutely for free!
9 February
Monday
84 years
30821 days
29 June
Monday
Images 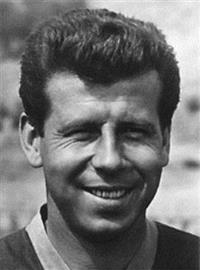 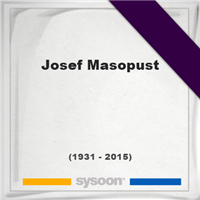 Biography and Life of Josef Masopust

was a Czech football player and coach. He was named European Footballer of the Year in 1962. In November 2003, to celebrate UEFA's Jubilee, he was selected as the Golden Player of the Czech Republic by the Football Association of the Czech Republic as their most outstanding player of the past 50 years. He played as midfielder and was an indispensable player for Czechoslovakia. He was capped 63 times, scoring 10 goals for his country.

A memorial service for Josef Masopust. Information about event on Sysoon. [86216571-en]

Address and location of Josef Masopust which have been published. Click on the address to view a map.

QR Codes for the headstone of Josef Masopust

Sysoon is offering to add a QR code to the headstone of the deceased person. [86216571-en]

QR code for the grave of Josef Masopust