The grave of Jules Bianchi. We will remember him forever. Personal death notice and the information about the deceased. [86216723-en]
to show all important data, death records and obituaries absolutely for free!
3 August
Thursday
25 years
9479 days
17 July
Friday
Images 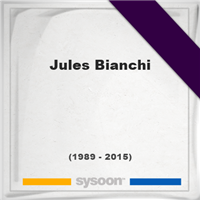 Biography and Life of Jules Bianchi

was a French motor racing driver who drove for Marussia F1 in the FIA Formula One World Championship.

Bianchi had previously raced in Formula Renault 3.5, the GP2 Series and Formula Three and was a Ferrari Driver Academy member. He entered Formula One as a practice driver in 2012 for Sahara Force India. In 2013, he made his debut driving for Marussia, finishing 15th in his opening race in Australia and ended the season in 19th position without scoring any points. His best result that year was 13th at the Malaysian Grand Prix. In October 2013, the team confirmed that he would drive for the team the following season. In the 2014 season, he scored both his and the Marussia's first points in Formula One at the Monaco Grand Prix.

On 5 October 2014, during the Japanese Grand Prix at Suzuka, Bianchi lost control of his Marussia in very wet conditions and collided with a recovery vehicle, suffering a diffuse axonal injury. Upon his arrival at a local hospital by ambulance, Bianchi underwent surgery and was placed into an induced coma. He was later relocated to a hospital in his native France, where he remained comatose until his death on 17 July 2015. Bianchi became the first Formula One driver to be killed as a result of an accident during a Grand Prix since Ayrton Senna in 1994.

A memorial service for Jules Bianchi. Information about event on Sysoon. [86216723-en]

Address and location of Jules Bianchi which have been published. Click on the address to view a map.

Jules Bianchi was born in France.

QR Codes for the headstone of Jules Bianchi

Sysoon is offering to add a QR code to the headstone of the deceased person. [86216723-en]

QR code for the grave of Jules Bianchi 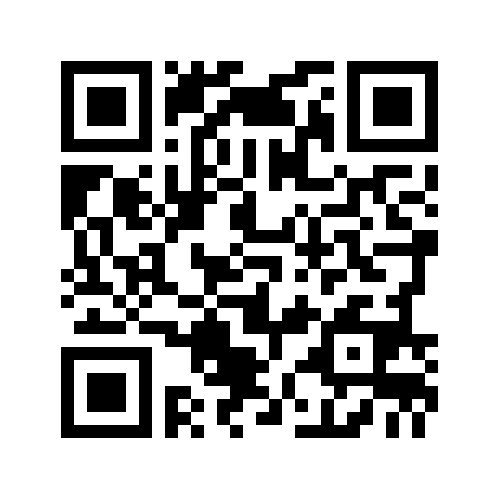