The grave of Ken Takakura. We will remember him forever. Personal death notice and the information about the deceased. [86214216-en]
to show all important data, death records and obituaries absolutely for free!
16 February
Monday
83 years
30583 days
10 November
Monday
Images 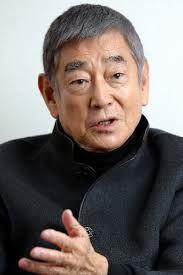 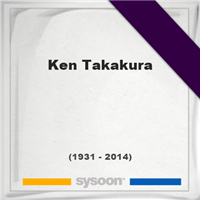 Biography and Life of Ken Takakura

Ken Takakura was a Japanese actor best known for his brooding style and the stoic presence he brought to his roles.Takakura gained his streetwise swagger and tough-guy persona watching yakuza turf battles over the lucrative black market and racketeering in postwar Fukuoka Prefecture. This subject was covered in one of his most famous movies, Showa Zankyo-den (Remnants of Chivalry in the Showa Era), in which he played an honorable old-school yakuza among the violent post-war gurentai.

Note: Do you have a family photo of Ken Takakura? Consider uploading your photo of Ken Takakura so that your pictures are included in Ken Takakura's genealogy, family trees & family history records. Sysoon enables anyone to create a free online tribute for a much loved relative or friend who has passed away.

A memorial service for Ken Takakura. Information about event on Sysoon. [86214216-en]

Address and location of Ken Takakura which have been published. Click on the address to view a map.

Ken Takakura was born in Japan.

QR Codes for the headstone of Ken Takakura

Sysoon is offering to add a QR code to the headstone of the deceased person. [86214216-en]

QR code for the grave of Ken Takakura