The grave of Lee Paul Eilbracht. We will remember him forever. Personal death notice and the information about the deceased. [86208957-en]
to show all important data, death records and obituaries absolutely for free!
22 March
Saturday
88 years
32428 days
2 January
Wednesday
Images 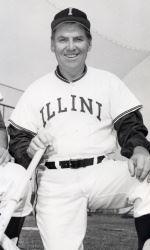 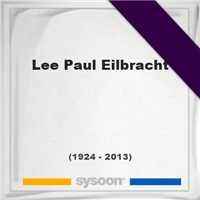 He was also known as a Swami. Eilbracht was an American baseball coach. Throughout his career Lee earned All-America honors as a collegiate player. He compiled 518 wins in 27 seasons and won four times Big Ten titles and led the Orange and Blue to the NCAA District Playoffs three times. Eilbracht was also an Olympic coach (1964) for the United States baseball team in Japan and served as the 1st executive director for the American Baseball Coaches Association. He had five children and many grandchildren. Eilbracht passed away on January 2, 2013 at his residence in Savoy at the age of 88.

A memorial service for Lee Paul Eilbracht. Information about event on Sysoon. [86208957-en]

Address and location of Lee Paul Eilbracht which have been published. Click on the address to view a map.

QR Codes for the headstone of Lee Paul Eilbracht

Sysoon is offering to add a QR code to the headstone of the deceased person. [86208957-en]

QR code for the grave of Lee Paul Eilbracht 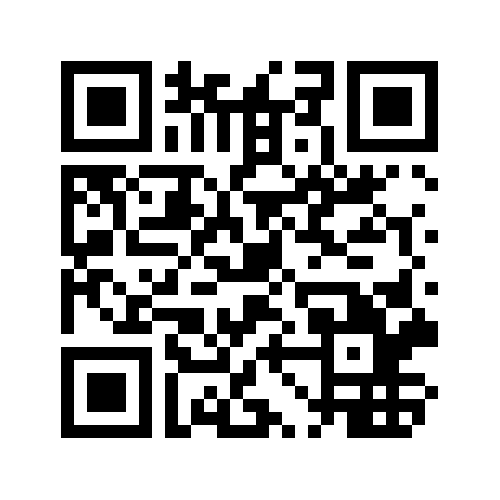