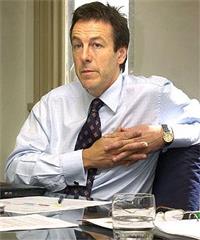 He was a New Zealander,Executive Chairman of H.R.L. Morrison &amp; Co Group, the parent company of Infratil's manager and has been on the Infratil board since 2002. He was a director of Infratil Airports Europe, Auckland International Airport and an alternate director of TrustPower. He established the H.R.L. Morrison Music Trust to support New Zealand music and musicians and the H.R.L. Morrison Arts Trust to support the arts in New Zealand. In 2009 he was made a Companion of the New Zealand Order of Merit for services to business. In 2011 he received the Wellington Gold Awards lifetime achievement award.

A memorial service for Lloyd Morrison. Information about event on Sysoon. [86207043-en]

Lloyd Morrison at Archives.com. What is Archives

Military records of Lloyd Morrison at Fold3.com.  What is Fold3

Address and location of Lloyd Morrison which have been published. Click on the address to view a map.

QR Codes for the headstone of Lloyd Morrison

Sysoon is offering to add a QR code to the headstone of the deceased person. [86207043-en]

QR code for the grave of Lloyd Morrison