The grave of Martin Richards. We will remember him forever. Personal death notice and the information about the deceased. [86208408-en]
to show all important data, death records and obituaries absolutely for free!
11 March
Friday
80 years
29480 days
26 November
Monday
Images 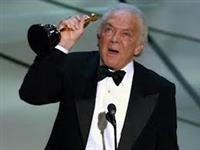 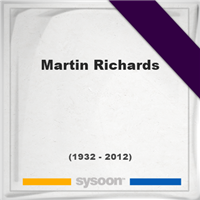 Biography and Life of Martin Richards

Richards was a popular film producer. Throughout his career Richards produced a several famous films like Chicago, Fort Apache, The Bronx, The Shining, The Boys from Brazil and Some of My Best Friends Are... He won more than 40 Tony awards for his shows on Broadway and won Oscar for his role in bringing Chicago to the big screen. He died from cancer.

A memorial service for Martin Richards. Information about event on Sysoon. [86208408-en]

Address and location of Martin Richards which have been published. Click on the address to view a map.

QR Codes for the headstone of Martin Richards

Sysoon is offering to add a QR code to the headstone of the deceased person. [86208408-en]

QR code for the grave of Martin Richards