The grave of Newton Edward Miller. We will remember him forever. Personal death notice and the information about the deceased. [86208679-en]
to show all important data, death records and obituaries absolutely for free!
1 March
Saturday
93 years
34256 days
13 December
Thursday
Images 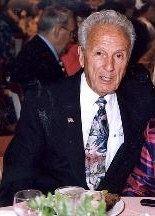 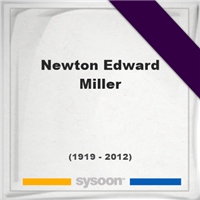 He was an American politician known as a mayor of Wayne Township and state lawmaker. Miller also served as a legislator in period from 1981 to 1989. He ended his political career when was defeated in the election, in 1993. Miller died at Luke Haven Nursing Home in Venice, Florida, on December 13, 2012.

A memorial service for Newton Edward Miller. Information about event on Sysoon. [86208679-en]

Address and location of Newton Edward Miller which have been published. Click on the address to view a map.

QR Codes for the headstone of Newton Edward Miller

Sysoon is offering to add a QR code to the headstone of the deceased person. [86208679-en]

QR code for the grave of Newton Edward Miller