The grave of Pavol Demitra. We will remember him forever. Personal death notice and the information about the deceased. [86206079-en]
to show all important data, death records and obituaries absolutely for free!
29 November
Friday
36 years
13431 days
7 September
Wednesday
Images 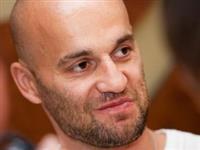 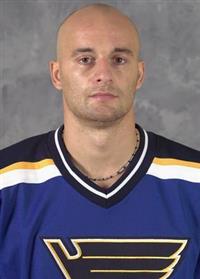 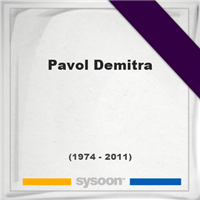 Biography and Life of Pavol Demitra

Pavol Demitra was a Slovak professional ice hockey player. He played sixteen seasons in the National Hockey League (NHL), two in the Czechoslovak First Ice Hockey League (CFIHL)/Slovak Extraliga and one in the Kontinental Hockey League (KHL). Known as an offensive player, Demitra was a first- or second-line forward throughout his career. He died in a plane crash along with his teammates from Lokomotiv Yaroslavl prior to the 2011–12 KHL season.

A memorial service for Pavol Demitra. Information about event on Sysoon. [86206079-en]

Address and location of Pavol Demitra which have been published. Click on the address to view a map.

Pavol Demitra is buried in , Slovakia.

QR Codes for the headstone of Pavol Demitra

Sysoon is offering to add a QR code to the headstone of the deceased person. [86206079-en]

QR code for the grave of Pavol Demitra