The grave of Peter Jones . We will remember him forever. Personal death notice and the information about the deceased. [86207630-en]
to show all important data, death records and obituaries absolutely for free!
0 Unknown
Thursday
45 years
0 days
18 May
Friday
Images 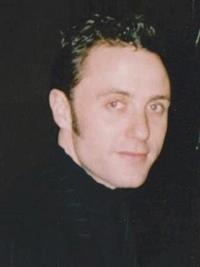 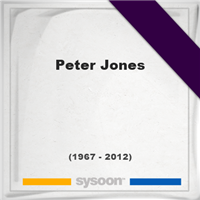 Biography and Life of Peter Jones

He was a British-born Australian-based drummer who played in the band Crowded House. He joined the band after founding drummer Paul Hester quit in 1994. Jones' passing is the second drummer death in Crowded House. Hester, who had suffered depression, took his own life in 2005.

A memorial service for Peter Jones . Information about event on Sysoon. [86207630-en]

Address and location of Peter Jones which have been published. Click on the address to view a map.

QR Codes for the headstone of Peter Jones

Sysoon is offering to add a QR code to the headstone of the deceased person. [86207630-en]

QR code for the grave of Peter Jones