The grave of Phyllis Tickle. We will remember him forever. Personal death notice and the information about the deceased. [86217246-en]
to show all important data, death records and obituaries absolutely for free!
12 May
Saturday
81 years
29718 days
22 September
Tuesday
Images 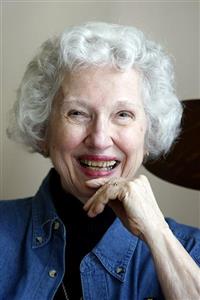 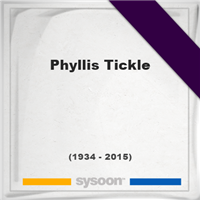 Biography and Life of Phyllis Tickle

was an American author and lecturer whose work focuses on spirituality and religion issues. After serving as a teacher, professor, and academic dean, Tickle entered the publishing industry, serving as the founding editor of the religion department at Publishers Weekly, before then becoming a popular writer. She is well known as a leading voice in the emergence church movement. She is perhaps best known for The Divine Hours series of books, published by Doubleday Press, and her book The Great Emergence- How Christianity Is Changing and Why. Tickle was a member of the Episcopal Church, where she was licensed as both a lector and a lay eucharistic minister. She has been widely quoted by many media outlets, including Newsweek, Time, Life, The New York Times, USA Today, CNN, C-SPAN, PBS, The History Channel, the BBC and VOA. It has been said that "Over the past generation, no one has written more deeply and spoken more widely about the contours of American faith and spirituality than Phyllis Tickle."

A memorial service for Phyllis Tickle. Information about event on Sysoon. [86217246-en]

Address and location of Phyllis Tickle which have been published. Click on the address to view a map.

QR Codes for the headstone of Phyllis Tickle

Sysoon is offering to add a QR code to the headstone of the deceased person. [86217246-en]

QR code for the grave of Phyllis Tickle