The grave of Ricky Dunigan. We will remember him forever. Personal death notice and the information about the deceased. [86210890-en]
to show all important data, death records and obituaries absolutely for free!
17 November
Saturday
40 years
14643 days
20 December
Friday
Images 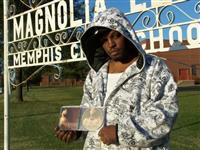 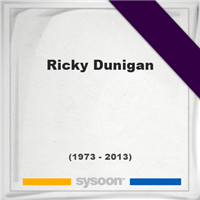 Biography and Life of Ricky Dunigan

Ricky Dunigan better known by his stage name Lord Infamous, was an American rapper from Memphis, Tennessee. He was best known as co-founder of the Memphis rap group Three 6 Mafia. He was also the half brother of Three 6 Mafia member DJ Paul. He was considered by fans and critics alike as being the darker member of the group, with his lyrics touching on occult subject matters such as satanism, mass murder, suicide, and torture.

A memorial service for Ricky Dunigan. Information about event on Sysoon. [86210890-en]

Address and location of Ricky Dunigan which have been published. Click on the address to view a map.

QR Codes for the headstone of Ricky Dunigan

Sysoon is offering to add a QR code to the headstone of the deceased person. [86210890-en]

QR code for the grave of Ricky Dunigan