The grave of Robert Christian Hansen. We will remember him forever. Personal death notice and the information about the deceased. [86213295-en]
to show all important data, death records and obituaries absolutely for free!
15 February
Wednesday
75 years
27581 days
21 August
Thursday
Images 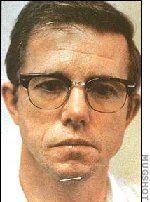 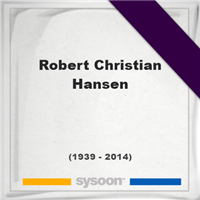 Robert Christian Hansen known in the media as the "Butcher Baker", was an American serial killer. Between 1971 and 1983, Hansen abducted, raped, and murdered at least 17 and possibly as many as 21 women in and around Anchorage, Alaska. He was discovered, arrested, and convicted in 1983, and was serving 461 years plus a life sentence with no possibility of parole.

A memorial service for Robert Christian Hansen. Information about event on Sysoon. [86213295-en]

Address and location of Robert Christian Hansen which have been published. Click on the address to view a map.

QR Codes for the headstone of Robert Christian Hansen

Sysoon is offering to add a QR code to the headstone of the deceased person. [86213295-en]

QR code for the grave of Robert Christian Hansen 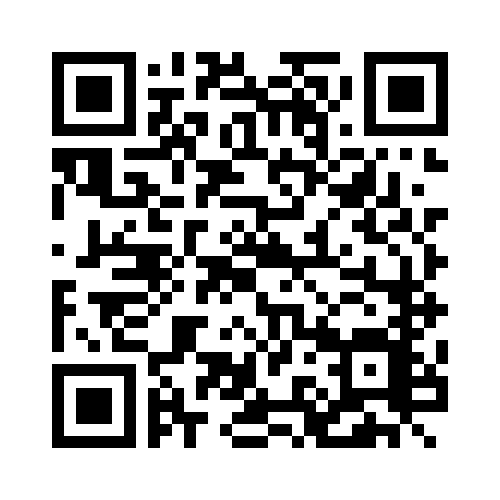