The grave of Robert O. Swados. We will remember him forever. Personal death notice and the information about the deceased. [86208364-en]
to show all important data, death records and obituaries absolutely for free!
0 Unknown
Sunday
93 years
0 days
23 November
Friday
Images 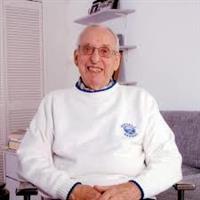 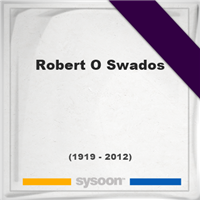 He was an attorney and businessman. Swados was known as an attorney for the National Hockey League. He helped bring the Sabres to Buffalo. He gradueted of the State University of New York at Buffalo and Harvard Law School. He married writer and actress Sylvia Maisel and they had together two children: Lincoln and Elizabeth.

A memorial service for Robert O. Swados. Information about event on Sysoon. [86208364-en]

Address and location of Robert O. Swados which have been published. Click on the address to view a map.

QR Codes for the headstone of Robert O. Swados

Sysoon is offering to add a QR code to the headstone of the deceased person. [86208364-en]

QR code for the grave of Robert O. Swados