The grave of Robin Gibb. We will remember him forever. Personal death notice and the information about the deceased. [86207635-en]
to show all important data, death records and obituaries absolutely for free!
22 December
Thursday
62 years
22795 days
20 May
Sunday
Images 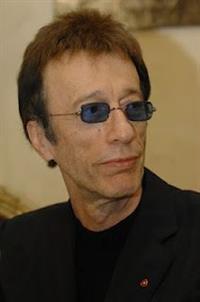 Biography and Life of Robin Gibb

He was a British singer and songwriter, best known as a member of the Bee Gees, co-founded with his twin brother Maurice and older brother Barry. He had another younger brother, Andy Gibb, who was also a very popular singer. Robin and his brothers rocketed to fame during the 70s with songs such as “How Deep Is Your Love,” “Night Fever,” and “Stayin’ Alive.” Their Saturday Night Fever soundtrack is credited with the revival of disco. With record sales estimated in excess of 200 million units, the Bee Gees became one of the most successful pop groups of all time.

Note: Do you have a family photo of Robin Gibb? Consider uploading your photo of Robin Gibb so that your pictures are included in Robin Gibb's genealogy, family trees & family history records. Sysoon enables anyone to create a free online tribute for a much loved relative or friend who has passed away.

A memorial service for Robin Gibb. Information about event on Sysoon. [86207635-en]

Address and location of Robin Gibb which have been published. Click on the address to view a map.

QR Codes for the headstone of Robin Gibb

Sysoon is offering to add a QR code to the headstone of the deceased person. [86207635-en]

QR code for the grave of Robin Gibb