The grave of Russell P. Mills. We will remember him forever. Personal death notice and the information about the deceased. [86208584-en]
to show all important data, death records and obituaries absolutely for free!
16 December
Sunday
49 years
18254 days
7 December
Friday
Images 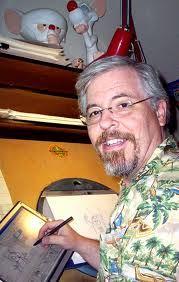 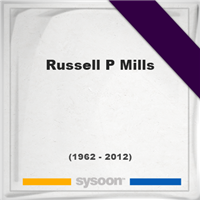 He was better known as a Rusty Mills. Mills was an American animator and director. He served as a director on Warner animated series. His best work includes Animaniacs, Pinky and the Brain. His other TV credits include Tiny Toon Adventures, Garfield's Thanksgiving, Batman: Mystery of the Batwoman, Mickey Mouse Clubhouse, Pink Panther & Pals and others. Throughout his career he won a primetime Emmy, four Daytime Emmys and received eight Emmy nominations. He married Andrea and they had together one son Evan. He died of colon cancer on December 7, 2012.

A memorial service for Russell P. Mills. Information about event on Sysoon. [86208584-en]

Address and location of Russell P. Mills which have been published. Click on the address to view a map.

QR Codes for the headstone of Russell P. Mills

Sysoon is offering to add a QR code to the headstone of the deceased person. [86208584-en]

QR code for the grave of Russell P. Mills 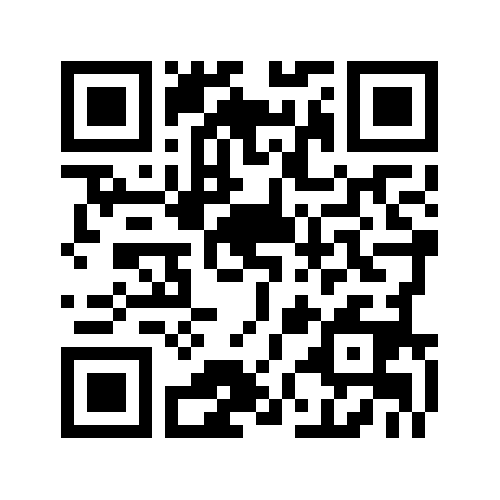