The grave of Stanley Charlton. We will remember him forever. Personal death notice and the information about the deceased. [86208834-en]
to show all important data, death records and obituaries absolutely for free!
28 June
Friday
83 years
30491 days
20 December
Thursday
Images 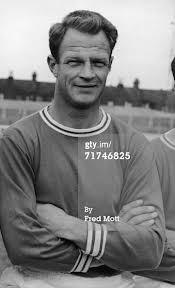 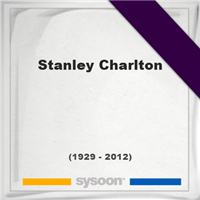 Biography and Life of Stanley Charlton

He was an English football player who later worked as a football manager. Charlton started his career as an amateur player with Bromley. Later during his professional career he played for two teams including Leyton Orient and Arsenal 99. He passed away on December 20, 2012 in Dorchester Hospital.

A memorial service for Stanley Charlton. Information about event on Sysoon. [86208834-en]

Address and location of Stanley Charlton which have been published. Click on the address to view a map.

QR Codes for the headstone of Stanley Charlton

Sysoon is offering to add a QR code to the headstone of the deceased person. [86208834-en]

QR code for the grave of Stanley Charlton