The grave of J. Stanley Marshall. We will remember him forever. Personal death notice and the information about the deceased. [86212740-en]
to show all important data, death records and obituaries absolutely for free!
27 January
Saturday
91 years
33370 days
8 June
Sunday
Images 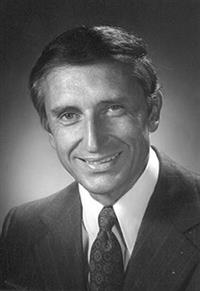 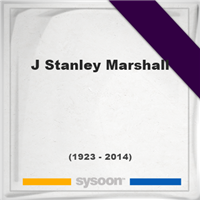 J. Stanley Marshall was a American educator. He was president of Florida State University from 1969–1976. He also established the James Madison Institute in 1987. He was born in Cheswick, Pennsylvania. He was on the Board of Governors of the State University System of Florida. He was married to Shirley Slade of Longview, Texas. He died on June 8, 2014 at the age of 91 after having suffered a heart attack a month prior.

A memorial service for J. Stanley Marshall. Information about event on Sysoon. [86212740-en]

Address and location of J. Stanley Marshall which have been published. Click on the address to view a map.

QR Codes for the headstone of J. Stanley Marshall

Sysoon is offering to add a QR code to the headstone of the deceased person. [86212740-en]

QR code for the grave of J. Stanley Marshall