The grave of Vitaly Gorelik. We will remember him forever. Personal death notice and the information about the deceased. [86207028-en]
to show all important data, death records and obituaries absolutely for free!
10 March
Friday
44 years
16404 days
6 February
Monday
Images 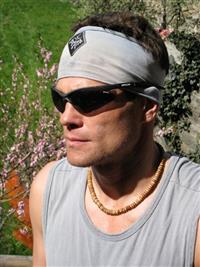 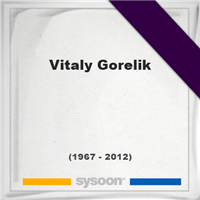 Biography and Life of Vitaly Gorelik

He was a Russian mountaineer. Gorelik was nominated for the Piolet d'Or for his 2009 route on Peak Pobeda's north face. Gorelik and partner Gleb Sokolov climbed in alpine style for more than seven days to establish this difficult, 2400m route up the Tien Shan's highest peak. Two years earlier, he summited K2 as part of a large Russian expedition that put up the direct route on the west face over the course of two and a half months in summer 2007. The route remains one of the most difficult on the mountain.

Vitaliy Gorelik has died during an attempt at the first winter ascent of the second highest mountain in the world in BC of cardiac insufficiency.

A memorial service for Vitaly Gorelik. Information about event on Sysoon. [86207028-en]

Address and location of Vitaly Gorelik which have been published. Click on the address to view a map.

QR Codes for the headstone of Vitaly Gorelik

Sysoon is offering to add a QR code to the headstone of the deceased person. [86207028-en]

QR code for the grave of Vitaly Gorelik