The grave of Charles Peter Kennedy. We will remember him forever. Personal death notice and the information about the deceased. [86216332-en]
to show all important data, death records and obituaries absolutely for free!
25 November
Wednesday
55 years
20277 days
1 June
Monday
Images 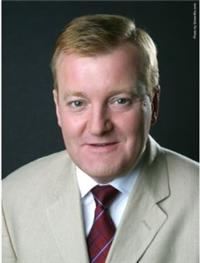 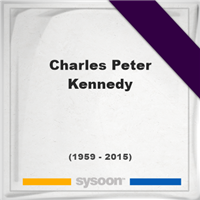 was a British Liberal Democrat politician, who led the Liberal Democrats from 9 August 1999 until 7 January 2006. He was a Member of Parliament (MP) from 1983 to 2015, latterly for the Ross, Skye and Lochaber constituency.

At the 1983 general election, he stood for Ross, Cromarty and Skye, then held by the Conservative Hamish Gray. In a shock result, Kennedy was elected for the Social Democratic Party (SDP). He quickly emerged as a potential party leader. In 1994, after the SDP and Liberal Party had merged, he became President of the Liberal Democrats, a position he held for the next four years. In 1999, after the resignation of Paddy Ashdown, Kennedy was elected party leader.

A memorial service for Charles Peter Kennedy. Information about event on Sysoon. [86216332-en]

Address and location of Charles Peter Kennedy which have been published. Click on the address to view a map.

QR Codes for the headstone of Charles Peter Kennedy

Sysoon is offering to add a QR code to the headstone of the deceased person. [86216332-en]

QR code for the grave of Charles Peter Kennedy