The grave of George Walter Freese. We will remember him forever. Personal death notice and the information about the deceased. [86213175-en]
to show all important data, death records and obituaries absolutely for free!
12 September
Sunday
87 years
32095 days
27 July
Sunday
Images 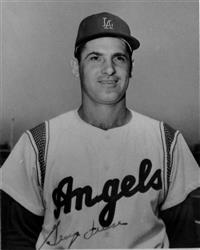 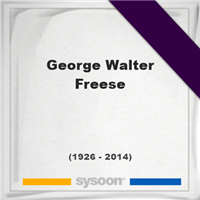 George Walter Freese was a third baseman in Major League Baseball. He played for the Detroit Tigers in 1953, Pittsburgh Pirates in 1955 and Chicago Cubs in 1961. Freese attended West Virginia University, where he played college baseball for the Mountaineers in 1947.

A memorial service for George Walter Freese. Information about event on Sysoon. [86213175-en]

Address and location of George Walter Freese which have been published. Click on the address to view a map.

QR Codes for the headstone of George Walter Freese

Sysoon is offering to add a QR code to the headstone of the deceased person. [86213175-en]

QR code for the grave of George Walter Freese